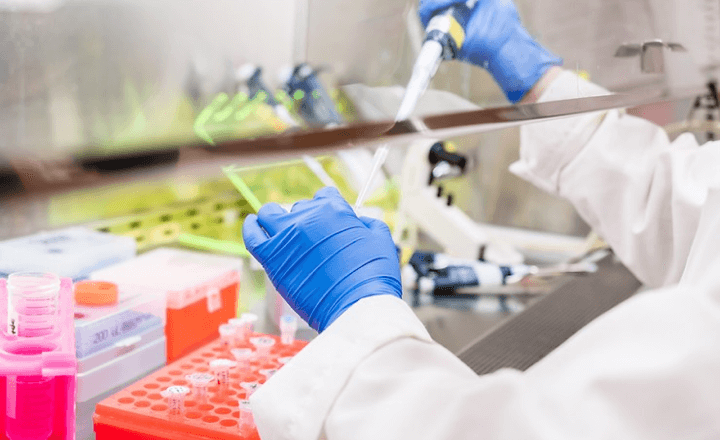 Safe Operation and Use of Fume Hoods

There are many keys to the safe operation and use of fume hoods. While there are industry standards, and the equipment itself matters, there are also a number of factors that relate to the user, the environment, and how and where the fume hood is installed. Here is a look at a few key standards and best practices.

When it comes to the industry standard for testing and evaluating fume hoods, ASHRAE (American Society of Heating, Refrigerating and Air-Conditioning Engineers) 110 is the benchmark. There are three parts to ASHRAE 110 testing.

The procedure involves these three “static” tests and two optional ones: the sash movement effect test, and a perimeter scan. The procedure uses Sulfur Hexafluoride (SF6) and an ejector placed precisely in the center of the hood. Sensors are placed on a mannequin head placed at the average height of a fume hood user, and the tests last for five minutes each.
An update in 2016 slightly changed the parameters for the test, and how the results are recorded (digitally, rather than manually) There are three types of tests, as manufactured (AM), as installed (AI) and as used (AU).

The goal of these tests is to measure the effectiveness of a fume hood before it is installed (manufacturer testing) and after installation to detect any issues with how the hood was installed, and finally a test to determine if the fume hood is being used properly for maximum safety.

These tests are a great start, but those who work with the fume hoods also need to take certain steps to make sure the environment remains safe and the equipment is maintained in proper working order.

Ensure the Exhaust is Working Properly

Before starting any work in the fume hood, it is important that employees ensure that the exhaust is working. This means looking to make sure baffles are not blocked in any way and checking the airflow monitor if the hood is equipped with one.

Technicians should never assume the hood is working just because it was previously. Airflow should be checked frequently, and any sudden changes should be reported right away. It is also important to maintain a clutter-free workspace in and around the hood to ensure airflow is not impeded.

Air disturbances can happen for a lot of reasons, anything from pedestrian traffic around the hood, opening and closing of doors, to exterior fans and air diffusers. Minimizing these disturbances has a lot to do with the laboratory design and placement of the fume hood, and the control of the environment once it is installed. For example, controlling pedestrian traffic may be as simple as a square painted or taped on the floor, and clear signage around the hood to alert people from entering certain areas when the equipment is in use.

This can be especially tricky if you are using a ductless fume hood which often are mobile. Whenever the fume hood is moved, you should take the time to consider where and how it is placed, and even perform an ASHRAE Standard 110 as used (AU) test.

Airflow is key to proper fume hood operation, and air disturbances can result in the escape of potential contaminants and be a cause of potential hazard for those using the hood.

Because airflow is so critical, it is also important to think about the placement of large objects inside the hood. These items should be placed on blocks to allow air to flow under them.

It is critical not only that the airflow disturbances are minimized, but that best practices are followed based on the chemicals being used to enable the greatest airflow for the removal of contaminants.

What does “close the sash” mean? Essentially, whenever possible, the sash should be closed. This includes:

· When the sash is not in use.
· In case of a power outage, lower the sash so it is only open one inch.
· Use the sliding sash barrier on a bench top hood.

This not only increases safety and reduces the release of contaminants, but it also saves energy and is better for the environment.

When using a fume hood, extend only your arms and hands inside as needed. Don’t lean on the hood. At iQ Labs, we manufacture both CAV and VAV fume hoods which utilize an airfoil at the base of the hood. Leaning up against this airfoil not only could cause air disturbances but could even damage the airfoil. In fact, when an experiment is in process or underway, keep the hood closed whenever possible.

It’s recommended that a mark be placed six inches inside the hood, and make sure that all items are behind the line whenever an experiment or process is in place.

Another vital item is to make sure that there are not too many containers in the hood, even for storage. Make sure the items outside the hood are not too close to the opening and do not detract from airflow or cause disturbances.

Be especially careful that paper products or labels do not get sucked up into the hood and cause obstructions. If using a ductless system, this is especially critical as this type of debris will clog the filter banks.

Ideally, your fume hoods should have an airflow monitor or other monitoring tools. Some may even allow more advanced measurements because they are hooked into your Building Management System (BMS).

Tools and optional equipment are available to measure things like temperature, air flow, face velocity, and much more depending on the options installed on your hood.

If you are using ductless fume hoods, remember to check your filters often to make sure they are not clogged and don’t need to be cleaned or replaced. Also, remember that certain filters are designated for certain applications, and if you are switching processes, chemicals can mix in the filter, causing issues.

If you are using different chemicals than the last time you used the hood, the filters have not been changed or cleaned in a while, or you are not sure they are working or suited to your current process, change them.

It is much better to be safe and sure than to expose yourself or others to potentially harmful substances.

Fume hoods should be certified annually at a minimum, but if your hood is malfunctioning at all, contact the manufacturer or your own safety department to have it tested.

You should be visually testing your fume hoods daily, monitoring them, and making any adjustments as the need arises. Fume hoods should not be used for any purpose other than the one they are designed and intended for. Any such misuse can result in serious complications, injury, or even worse.

Do you have questions about your fume hood needs, or are you looking for a custom quote? Contact us today at IQ Labs. We’re here to help you every step of the way.