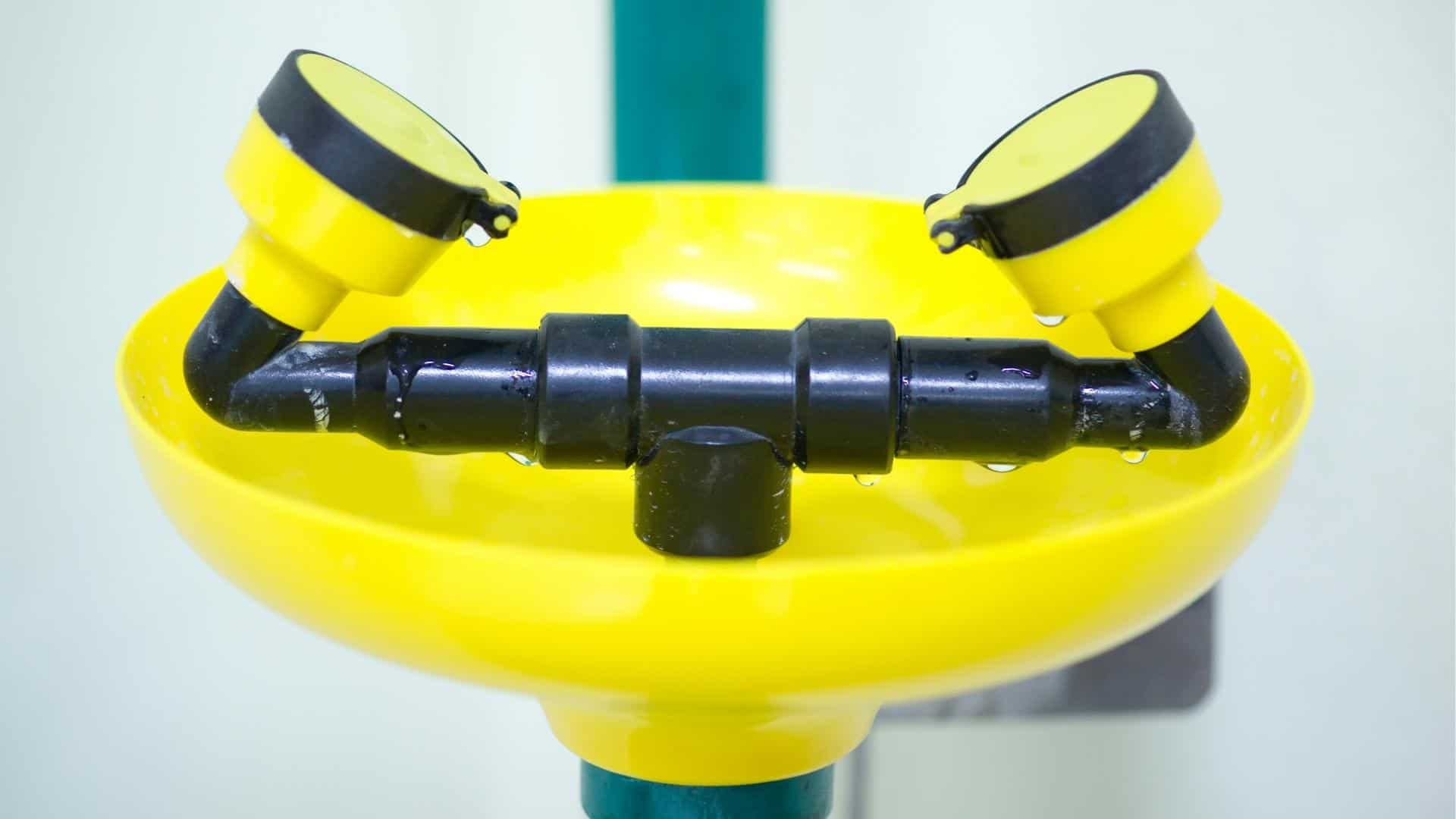 What Is a Laboratory Eyewash Station?

Laboratory eyewash stations provide emergency decontamination for the eyes and face. If a hazardous substance enters or interacts with your eyes, you can use an emergency eyewash station to flush it out immediately.

Eyewash stations in laboratories should only be used for emergencies. When conducting experiments, you should first rely on personal protective equipment (PPE), such as goggles or face shields. Other pieces of equipment, like fume hoods, can vent harmful toxins or chemicals out of the lab to prevent contamination in the first place.

How Does an Eyewash Station Work?

Laboratory eyewash stations provide a continuous flow of water through two spouts to flush a person’s eyes in an emergency. Distilled, purified, or tap water can be used. No special filters are necessary. The water used in an eyewash station is usually cold or room temperature.

The pressure of the water used in an eyewash station must be high enough for the water to flow up into the eyes. However, there is no standard flow rate required. How the unit is built and installed will determine the water pressure.

The Occupational Safety & Health Administration (OSHA) only lists one requirement for eyewash stations in standard 1910.151(c):

“Where the eyes or body of any person may be exposed to injurious corrosive materials, suitable facilities for quick drenching or flushing of the eyes and body shall be provided within the work area for immediate emergency use.”

Although that is the only enforceable legal standard regarding eyewash stations, OSHA recommends following the emergency eyewash and shower equipment standards outlined by the American National Standards Institute (ANSI).

There are multiple types of eyewash stations to choose from, including:

Where Should an Eyewash Station Be Located in a Lab?

How to Use an Eyewash Station

How long you should flush your eyes depends on the type of chemical or irritant you were exposed to. The ANSI standards recommend that all eyewash stations should be capable of providing at least 15 minutes of flushing. Keep in mind that using an eyewash station is a form of first aid; further medical attention is typically recommended after the emergency has passed to determine any lasting damage or additional treatment.

What Is an Emergency Shower?

Emergency showers provide decontamination of a person’s entire body in laboratory settings through rinsing and drenching. Specific parts of the body may be targeted for emergency rinsing with the help of a detachable drench hose.

Safety showers typically fit in one of three categories:

Emergency showers may be installed with a drain. However, because most labs have epoxy or other highly durable flooring, cleanup of standing water is fairly easy and carries little risk of damage.

Why Buy an Eyewash Station or Safety Shower from iQ Labs?

Our team at iQ Labs is proud to offer state-of-the-art WaterSaver safety station products. In addition to our strategic partnership with WaterSaver, iQ Labs manufactures our own laboratory casework, furniture accessories, specialized equipment, and safety features. We’re a one-stop shop for all of your laboratory safety needs. Contact us today to get started.