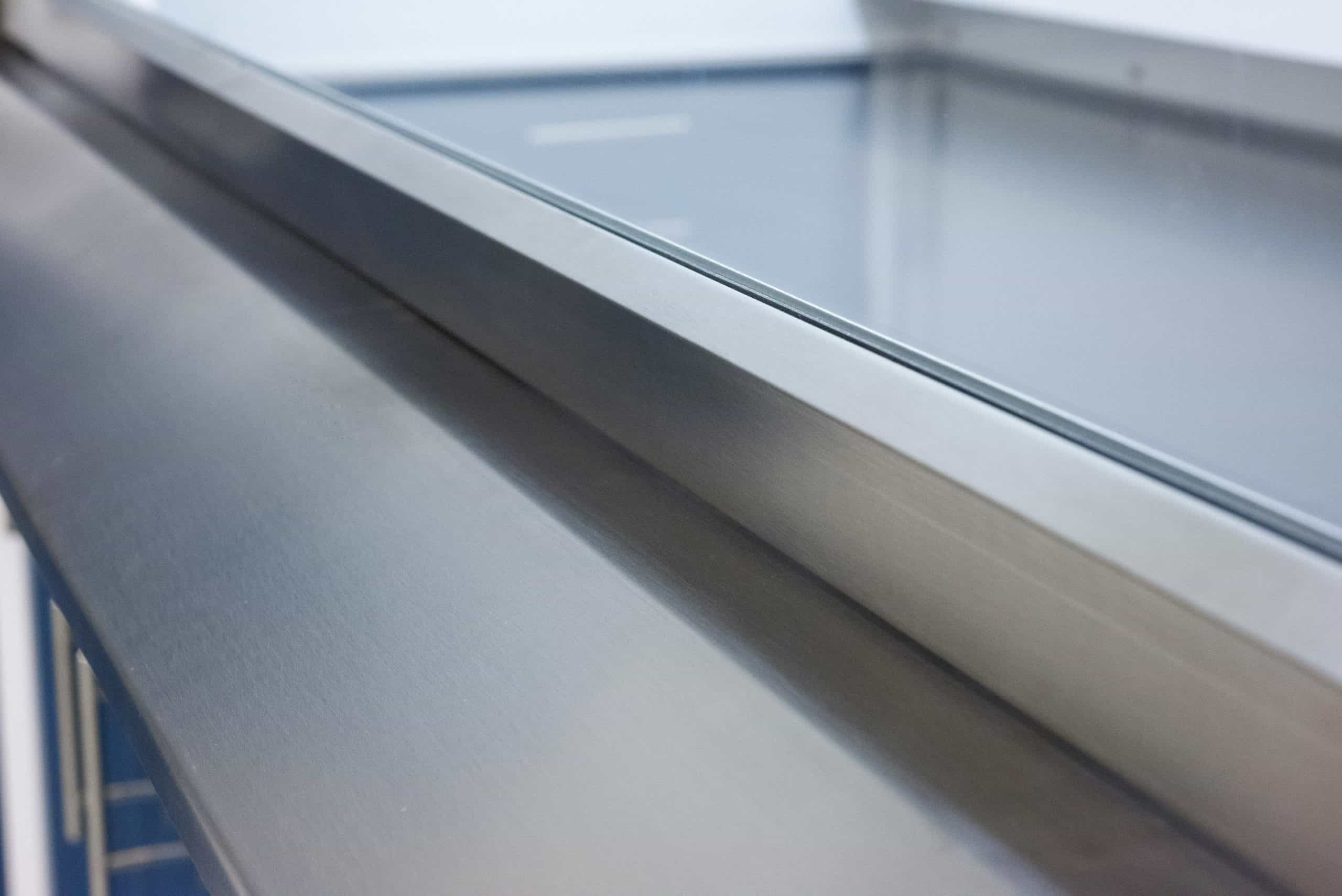 What Is Face Velocity?

Face velocity is the measure of air flowing across or into a space, measured in feet per minute (FPM). In terms of fume hoods, face velocity is one of the most important measurements that will indicate if your fume hood is working safely and effectively.

The safety of your fume hood is determined mainly by the rate at which it sucks in the air around it. Face velocity is how you measure this rate. An adequate face velocity will keep harmful gas from escaping your fume hood and leaking out into the lab.

The recommended face velocity for fume hoods is 100 FPM. This will ensure that your fume hood is effectively containing fumes.

How Often Do Fume Hoods Need to Have Face Velocity Testing?

By OSHA standards, the face velocity testing of fume hoods should be conducted every three months.

Most fume hoods should always be operating at a face velocity of 100 FPM. Variable air velocity (VAV) fume hoods are different because they take energy efficiency into account.

Depending on the state in which your lab is located, you may need to follow energy efficiency regulations that affect your rate of airflow.

Measurements like cubic feet per minute (CFM) are used to regulate the energy used by fume hoods. For example, in California, it may be smart to use VAV fume hoods in order to meet energy efficiency requirements.

How to Check Air Velocity

When fume hoods are manufactured, as part of fume hood testing standards and requirements they go through ASHRAE 110 testing procedures to ensure that they work properly. The ASHRAE 110 method of testing performance of laboratory fume hoods is the industry standard. These procedures involve placing a dummy at various spots around the fume hood to test the level of airflow, ensuring that it’s always at 100 FPM.

At IQ Labs, we always have our fume hoods tested to make sure that they are ASHRAE 110 certified before they get to you. While ASHRAE 110 testing isn’t a process that the average fume hood user is certified to carry out, it is important to check the airflow before using your fume hood in the interest of safety.

The airflow velocity meter is a velocity testing tool consisting of a simple probe with a fan attached on the end, allowing you to check the air velocity. This probe is held around different areas of the fume hood to test the airflow all around the fume hood.

How to Prepare the Fume Hood for Face Velocity Testing

This is another kind of test that isn’t required of the user but is good practice to perform regularly in the interest of safety.